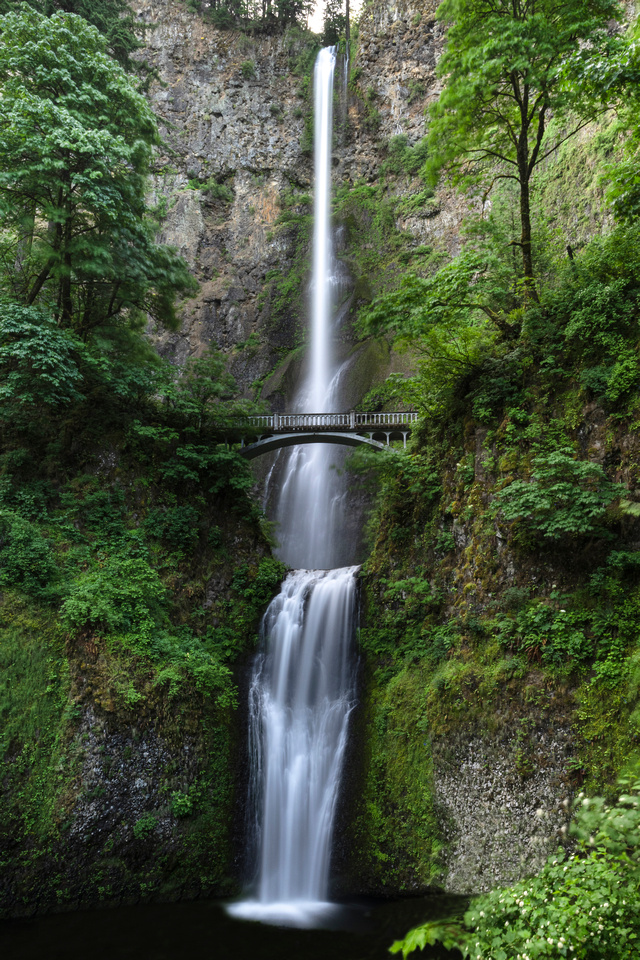 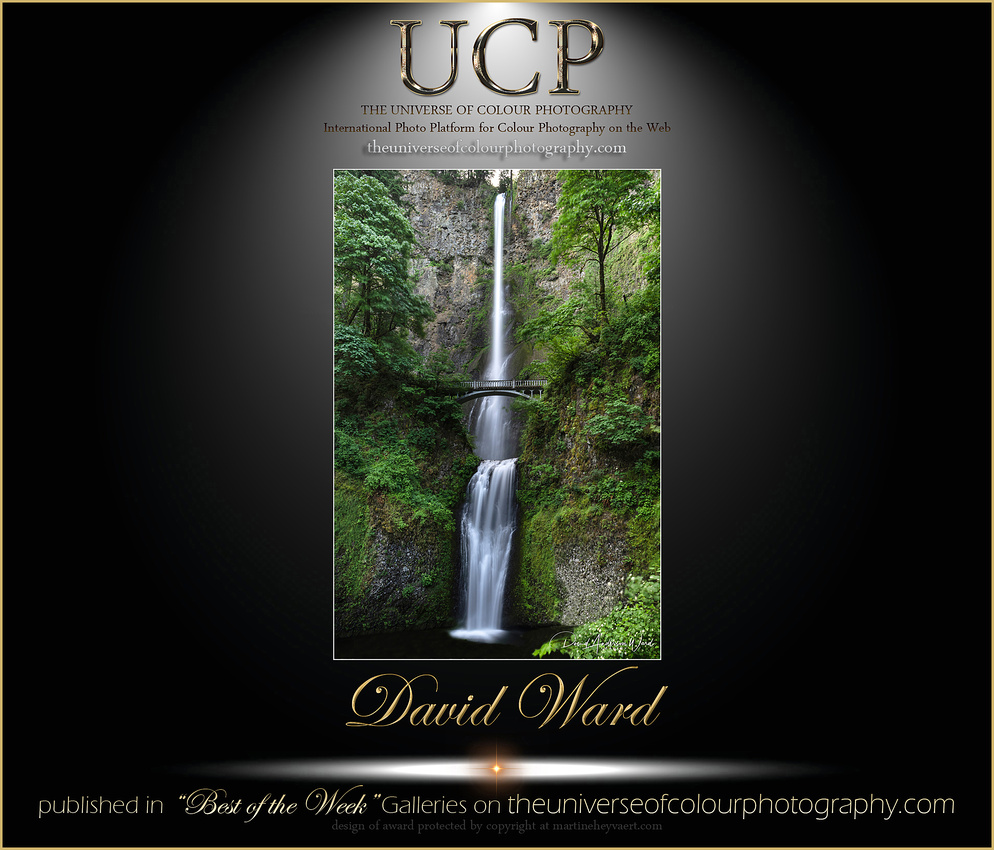 Multnomah Falls - In the Columbia River Gorge in NW Oregon.

The Columbia  River divides northern Oregon and southern Washington State in the western 300 miles of their shared border. On the Oregon side there are several waterfalls, the Vista House, and Mt. Hood is just a few miles south. It's absolutely beautiful.

The most famous and dramatic waterfall in the Columbia River Gorge is Multnomah Falls. It is the tallest waterfall in Oregon at 620' tall, cascading over 2 basalt cliffs. The 1914 Benson Bridge - built by Italian Stone Masons and still looks and functions very well - is visible in this image - with no people on it!

But getting a photo with no one on Benson Bridge is not easy since 2 million people a year visit this national monument! I knew it gets really busy, especially in summer; so I got there by 6:30 and I was the first one in the parking lot! A few more cars came in but I was able to set up my tripod at the base of the falls and was able to shoot this waterfall the way I wanted to. No one went up the trail until I was done. Very cool.

I had seen Multnomah Falls in 2010 and was smitten. But all I had back then was a Point-&-Shoot camera - today's cell phones blow away P&S cameras - and ever since I've wanted to shoot this again with a full frame camera. I got my chance last June. Seeing and photographing Multnomah Falls properly was a major goal of that trip - along with getting to the Hood Canal for my 3 day Bald Eagle workshop.

The park service has created a trail up to the top of Multnomah Falls where they put a platform to view the falls dropping down 620'! It's a 785' elevation gain with 11 switchbacks over a bit more than a mile long. Along the way, there are various views of the waterfall, great views of the Columbia River, and many flowers and plants I've never seen before, certainly not back in NJ.

Some of my favorite images from this trip were made in the Multnomah Falls National Monument.

There will soon be a gallery on this website about Multnomah Falls and any image in this gallery, every gallery, would make stunning wall art on HD Matte Metal.

This image has been made into 3 HD Matte Metals - one hangs in a home in WA, one hangs in our home, and one is used in my solo exhibits.

How can we help you?