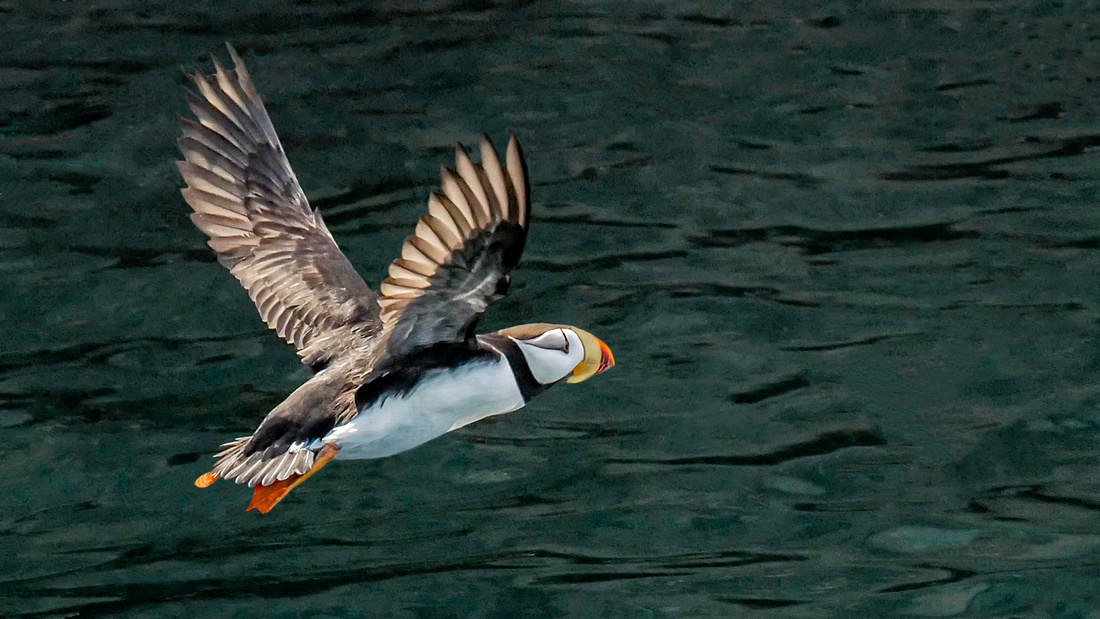 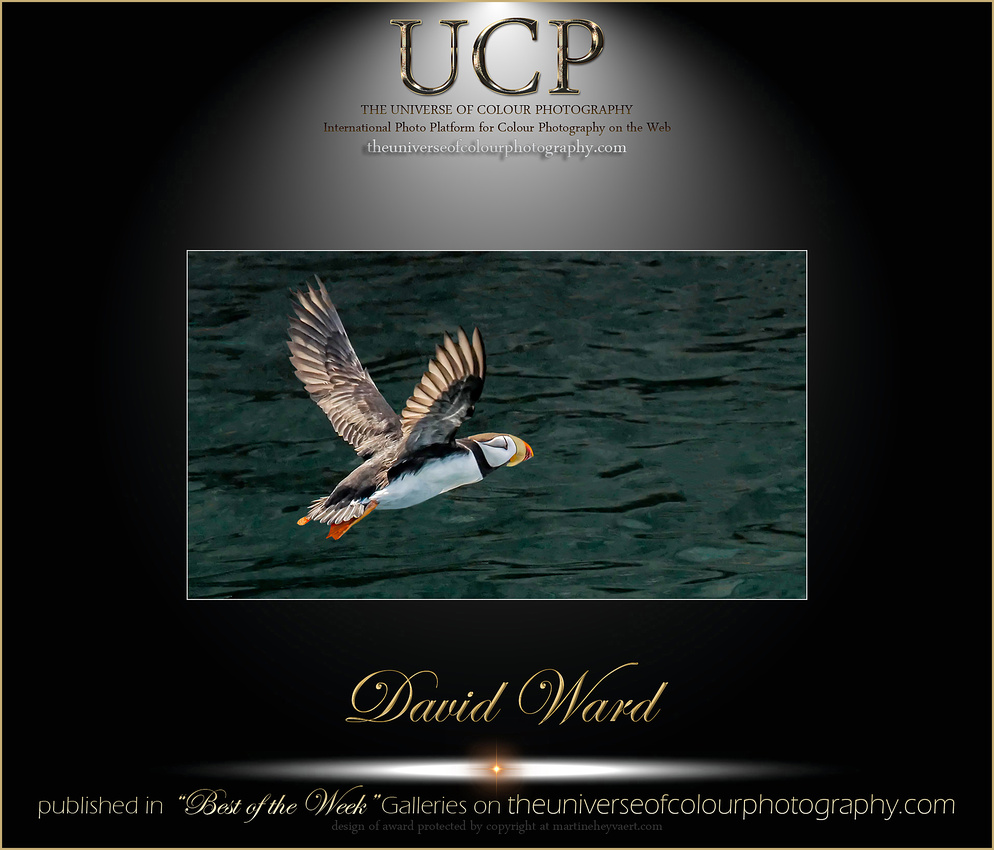 In June, 2019 I did a 5 day photo tour in Kenai Fjords National Park out of Seward, Alaska.

It was called "Marine Wildlife of Kenai Fjords" and that was an understatement.

It's difficult to describe how abundant the wildlife is in this remote, food-rich location.

Puffins fly by like a missile at 50 mph with their wings flapping 400 beats a minute!

It's really amazing to have them buzz by you like a bullet.

Puffins are shaped like footballs with wings that are clearly not large enough to create flight for them, yet they are incredible flyers.

They are also expert divers who often bring back several fish at once. Insane!

Capturing these in flight was a challenge. So I set my shutter speed at 1/3200th and watched them fly off and return to the cliffs. I soon discovered they fly in a straight line most of the time - thank goodness.  Once I figured that out I was able to get several great in-flight images. It was addicting!

It's safe to say this was a definite highlight of the tour for me, among many other highlights.

This Horned Puffin swooped down from the rocky cliffs and took off like they were cruise missiles falling from a wing of a plane before taking off!

I just followed it off the cliff and bam - I was able to capture it in flight.

whatever room you want this in.

I left room in the image so the Puffin had 'room to fly forward' - especially with their speed!

I am happy to work with you to get this exactly as you want it - and my lab will cooperate.